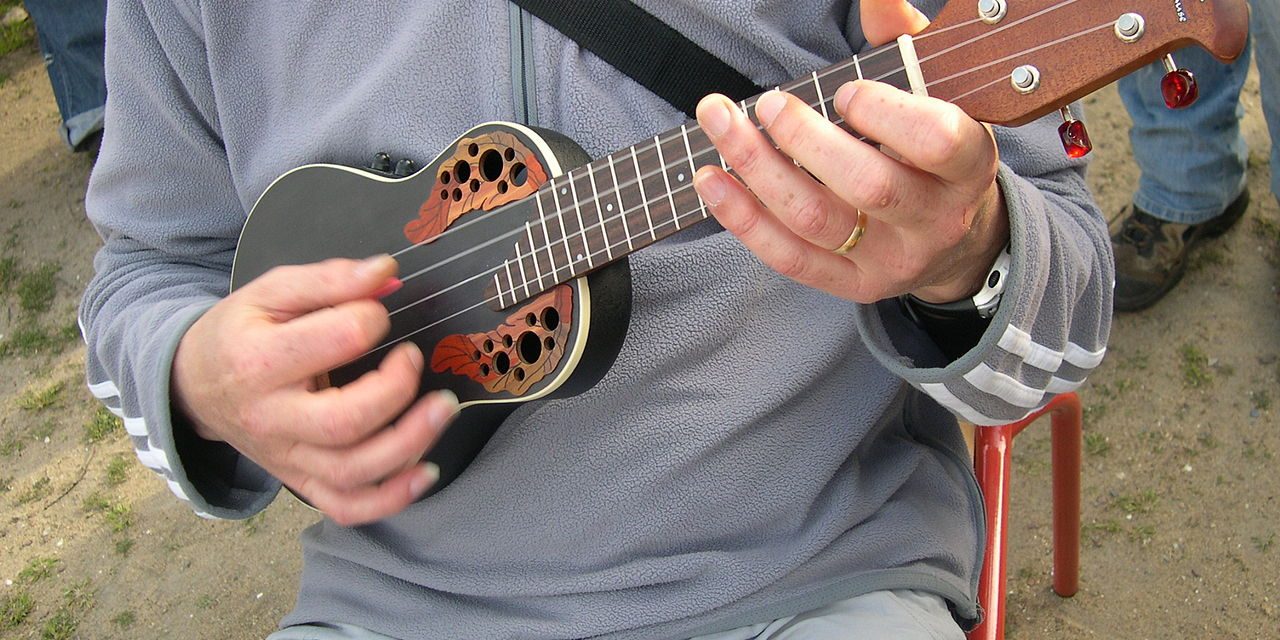 As ukulele players, we spend most of our time practicing chords to ensure we hit the right change at the right time. Most musicians in general, start by learning their favorite song, and merrily strumming along.

Nonetheless, you’ll reach a point where you’ll have to dig deeper into some light theory to understand the inner workings of chord progressions better. This will help you get to the next level and enhance your music.

The learning of ukulele chords and memorizing songs becomes a complete breeze once you see these progressions as little diagrams and understand where they come from. Ultimately, you will save time and more effectively remember the songs.

One way Roman numerals have determined civilization is how to classify chords, and their roles in a song. If you take a big scale, say C major, you get a variety of chords if you create 3 note chords at each of the scale tones. Since the scale includes 7 different notes, you get 7 different chords, and they go like this:

First of all, remembering the order of those chords is critical. It should be rehearsed well and free from hesitation. This order never differs on a greater scale, and it is the foundation of many concepts of musical theories.

It’s time to apply this to other keys after you’ve done that, and the best way to do that is to see each scale tone as a Roman numeral. Since we’ve got 7 different notes and chords, we’re adding a Roman numeral from the root to the last note. And it looks like this:

When you commit these to memory, you’ll be able to figure out which key there is in any song, and eventually write your own! So that’s all well worth it. It is a good idea at this point to spend some time working out the full range of chords from any given scale.

So choose one and write down all the chords it contains to understand how this works fully. Here is an example from G:

How to Figure Out Which Scale a Song Is in

Once you’ve mastered the Roman numeral system and are familiar with it, finding the key to a song and evaluating the chord progression will be easier. Write down all of the chords present in the piece to do so.

A good starting point is usually when you note two consecutive major chords (e.g., Bb and C) to find out which key the song is in. It would be F in that case because that is the only scale that has both the major chords Bb and C.

If it’s difficult for you to figure it out, bring all chords into ascending order and see if you can work it out like that. Try it with some songs that you already know and understand how it works.

Once you know the key, Roman numerals can easily be used for any chord, and the progression of the chord can be considered a sequence of Roman numerals. Many chord progressions are four bars long, but this can vary depending on the time signature and general arrangement of the song so that things can look different.

You will be able to notice more progression patterns once you learn more songs.

. There are undoubtedly chord movements and repetitive commands where chords are played. Some of the most famous progressions are:

You should practice these in all the keys you may think of. That way, you’ll absorb and understand the concept better.

You will begin to realize that when you learn to play the ukulele, a lot of songs are about three-chord progressions. These are theoretically four chords, but usually, two of the four are similar.

A melody is sometimes written around the chords. The chords were added in other parts to add to and strengthen the melody. But, anyway, in American music, you will mainly find three-chord progressions.

They form a solid harmonic base from Beethoven to punk rock. Three chord progressions are a great starting point if you are interested in learning to write your music.

Learning a little about arranging chord progressions and the rules they obey will help you to gain a better understanding of the arrangement of music. You can add them to any key that you’re playing or writing on after studying the simple chord progressions for minor and major keys.

The mathematical support for music means that patterns and structures are innate, and these patterns combine to make convincing, cohesive pieces that sound good to the ear.